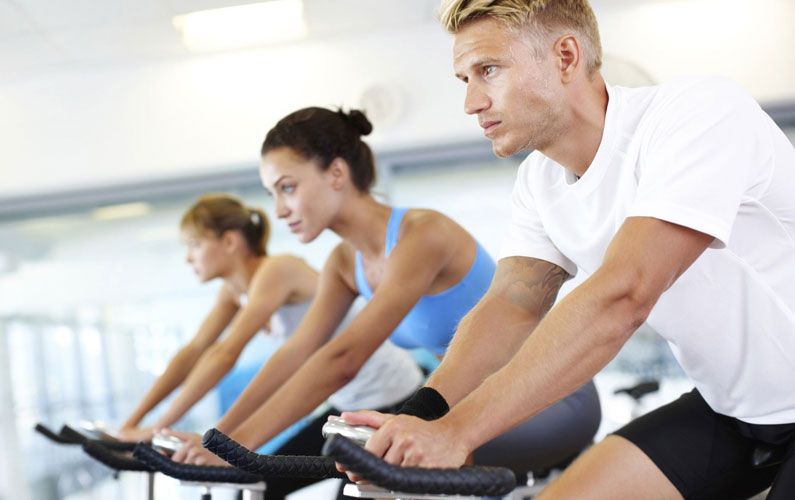 Whatever the reason, spinning is a tremendous aerobic exercise and when you have an instructor yelling at you to pick up the pace, it quickly turns into an anaerobic exercise.   (And if you’re like me, you quickly adjust the dial to ease the tension when the instructor isn’t looking ….don’t worry, you’re not the only one).

The classes can be brutal but they give you such a euphoric sensation afterwards, it makes the effort worth it.

The only downfall to indoor cycling is that it has developed such a cult following that it’s sometimes difficult to find an available bike in some of the classes.

The spin classes seem to fill up pretty frequently, so it’s a pretty good idea to call ahead and reserve a bike if the studio permits.

I can’t tell you how many times I’ve showed up to class assuming it would be empty…just to end up on a regular stationary bike watching the class through the window.

Classes are great and motivating, however, sometimes you just don’t feel like hopping in your car and making that trip to the gym.

This is where having a spin bike at home becomes extremely convenient.

Shopping for a Spin Bike

With spin bikes, you get what you pay for.

There are a lot of factors to consider including: 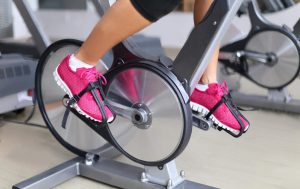 There are pros and cons to both but it really is a matter of preference as neither is better than the other. 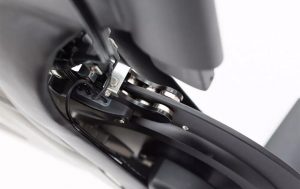 There are typically two types of resistance: physical and magnetic.

With physical resistance, the resistance is applied with calipers squeezing pads against the flywheel.  The felt pads are similar to those used on regular bicycles but some use leather which tend to last longer. 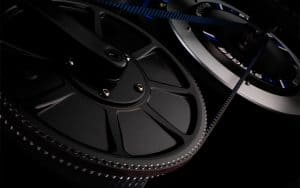 Indoor cycles operate like a regular outdoor bike.  They utilize a drive system that connects the pedals and wheels.

Outdoor bikes use a chain so it shouldn’t come as a surprise that indoor cycles use chains as well.  Some people prefer the chain because of the outdoor bike feel you get (which I personally don’t understand).  Like outdoor bikes, chains do, however, break at some point and require continuous maintenance.

A belt drive is much quieter and smoother.  Unlike chains, you don’t have to oil or lubricate the belt and it is very unlikely that you have to replace the belt. 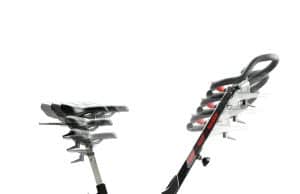 Indoor cycles are highly adjustable.  They can accommodate riders of virtually any height.  In addition to the seat and handlebar height, top indoor cycles come with fore aft adjustment for both the seat and the handlebars.  This gives the rider the ability to adjust the bike’s comfort level.

Prices will vary from a couple hundred to a few thousand.

Consider how serious you are and how frequently you intend on using it to justify splurging for the higher end models.

If you’ve taken indoor cycling classes before, I’m going to assume you know the difference between indoor cycles and the others.  If you don’t just read our article on the best stationary bike.

In order to list the best spin bikes, we’ve taken into account the reviews posted by owners from various sources along with our own usage resulting in our own personal views.

With everything from effectiveness, comfort, and features, to the manufacturer’s warranty, we’ve put together this list of the top 4 spin bikes available. 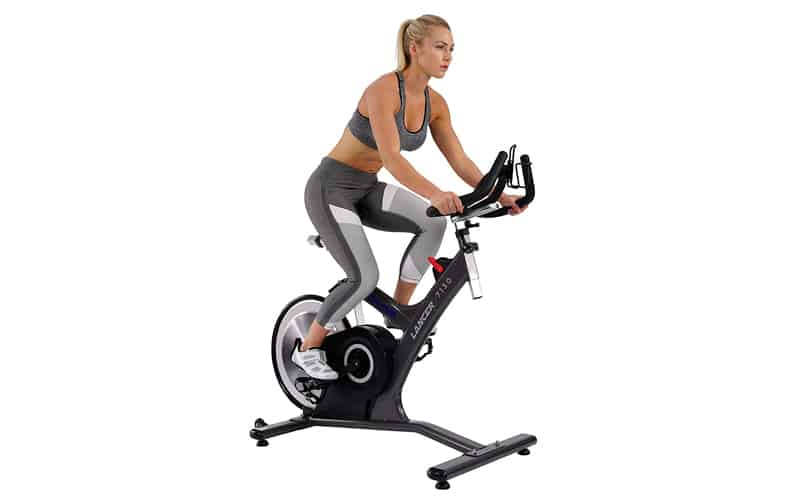 The Lancer is a commercial grade bike that comes with everything you need in an indoor cycle.  The rear, belt driven flywheel is whisper quiet and gives you an incredibly smooth ride.  The adjustable, magnetic resistance lever allows you to smoothly transition through the 16 levels of resistance.  The only downfall to this bike is that it lacks an accessory meter but fortunately, you can use a compatible cadence meter from a third party.

All in all, I’ve found that the Lance is an excellent indoor cycle to use.  It is the only bike with a price point under $1000 from our list so subjectively speaking, it’s quite a bargain. 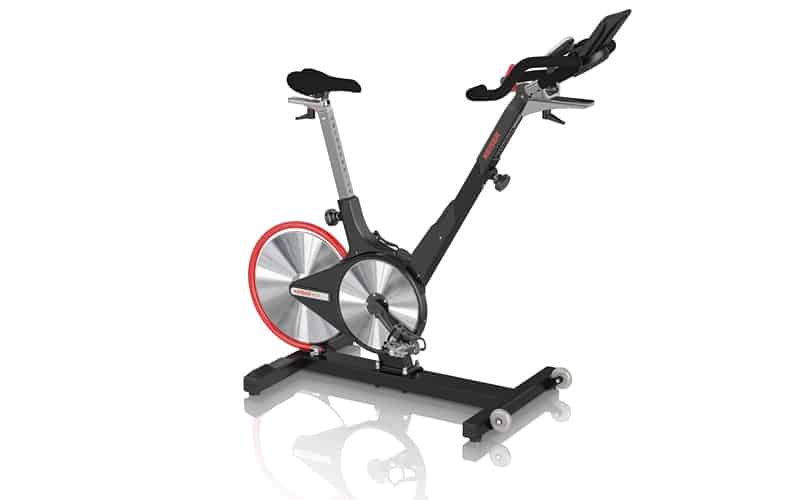 This is one of my favorite indoor cycles and in my humble opinion, one of the best spin bikes on the market.  Its sleek design compliments any home gym and its incredibly sturdy construction will provide you with years of maintenance free use.

It’s so well designed, the ride is virtually silent and probably one of the smoothest indoor cycles available.  Aside from its construction, another attractive feature is its Bluetooth capability on its computer. You can sync the data collected with an app that you can download  with your smart phone or tablet.

This indoor cycle accommodates riders of any size with its height and fore-and-aft adjustments on its seat and handlebars.  See our full review>> 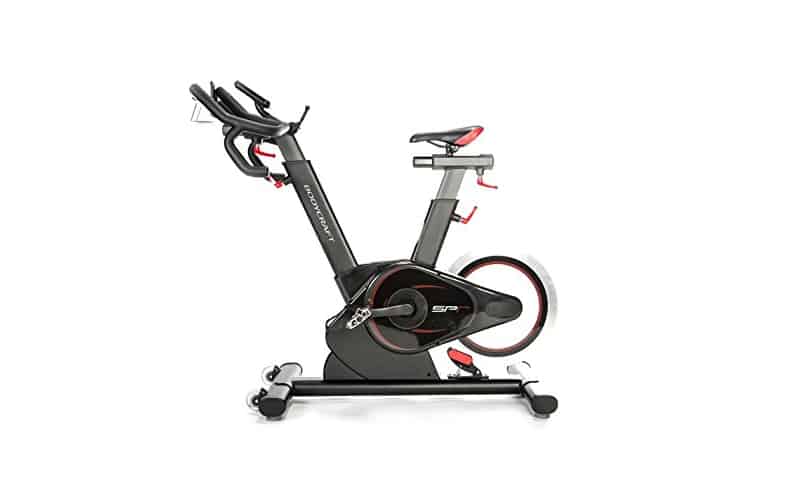 Bodycraft, a very well known gym equipment manufacturer,  came out with their very own indoor cycle similar to that of Keiser.  In fact, it bears a lot of similarities to that of Keiser.  It has the V-Shape design, fore-and-aft adjustments for both seat and handlebars, rear flywheel, magnetic resistance, and a computer gauge to monitor your performance and resistance, no Bluetooth capability, however.

This is another one of my favorites.  I do, however, tend to slightly favor the Keiser for its design and the fact that it’s a lighter bike, so for someone as small as I am, it’s easier to move.  Aside from that, the performance between the two are virtually identical.  You get an incredibly smooth ride and with the belt driven flywheel, it’s virtually silent. See our full review>>

Ok, at first glance, you’ll look at this bike and notice some major differences from any other indoor cycle.  First and foremost, there is no external flywheel.  They have internalized all of the components into what they refer to as a Orb Gear Drive.  They’ve basically, eliminated the belt or chain and flywheel altogether and engineered everything into a gear system.  Another innovative design feature is its rocking or sway action.  Like the Real Ryder, EVO IX gives you that rocking motion but without the turning handlebars.   See our full review >> 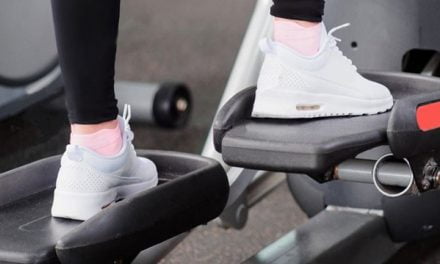 Best Elliptical for Home Use How to Fix the Flashing White Screen on a Peloton 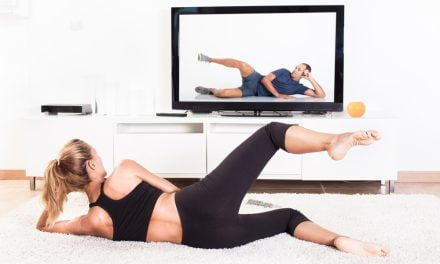 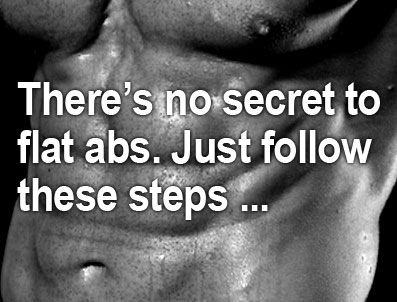